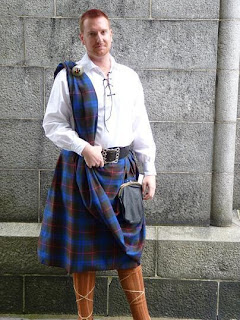 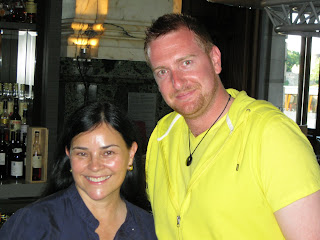 Pictures, you say. Well….see, the thing is, if I’m taking pictures, I’m always looking around for something to take a picture _of_. Which is not an unreasonable thing to do, but it stops me actually _seeing_ things.

And it gets in the way of the things that are looking for me.

For instance, the last bit of the recent trip was two and a half days in Ireland. This was research, as part of SCOTTISH PRISONER takes place there—but rather random research, as I wasn’t looking for a specific battlefield or anything of that sort, but just absorbing the vibes of County Galway and Limerick (as well as Dublin) and sitting around in pubs listening to people talk (I have some slight ear for Scots, but none at all for Irish regional accents or idiom).

Well, so. Our path to Limerick took us (by plan) through Athlone, as a certain amount of 17th-century Jacobite plotting went on there, and I thought it might be useful. Nothing specific in mind, though, so we were just driving through the city, looking round in a vague way for the castle. “You don’t know where it is?” asked my husband (gallantly doing all the wrong-side-of-the-road driving, and thus slightly white-knuckled in the narrow streets).

“Nope,” I said cheerily. “I may not even need it, but if I do, I’m sure we’ll find it.” So on we went, reaching the far side of the city pretty fast (it’s a small city, Athlone). Rather than get onto an unfamiliar motorway, we pulled into the parking lot of a shopping center—which was across the street from a park, with a river running through it.

OK. One of my basic principles when on foreign ground is that you always head for water. River, lake, ocean, pond—it doesn’t matter. Something interesting is always going on near water. So we crossed the road, and Doug headed—with logic—right for the river. I stopped dead, at a ratty little poster in a frame, showing faded depictions of the flora and fauna to be found on the River Shannon (that being what we standing next to). I took a quick, but intense look at this, and when I spotted “amphibious bistort,” I heard, clear as anything, the following:
“Fraser glowered at the plant in his hand.

“An amphibious bistort, if I’m not mistaken,” Grey replied, with some pleasure at the name.

Grey surveyed the spindly thing critically and shook his head.

“Not unless you were starving.”

Right. So the River Shannon and the amphibious bistort were looking for me—but I certainly wouldn’t have found them, if I’d been looking for church spires or cud-chewing cows to take photos of. (No, I have no idea why these people are where they are; I just know they _are_, because I’ve just seen them there.) And on the way back through town, sure enough, Castle Athlone materialized right in front of us, and I spent a blissful twenty minutes climbing through it. So when the time comes, I can pull that memory up entire, from the tiny flowering plants growing in the cracks of the black stone, to the way the arrow slits widen on the inner aspect, to allow for someone drawing a bow—and I know that a bow-shot from one of those slits would have reached a boat coming ashore from the Shannon (having come down from Lough Rea—don’t ask me who’s in the boat or who’s shooting at them; I don’t know that yet), because I know how far it is from the Castle to the River—not far at all.

And that’s why I don’t take pictures when I travel. (I _do_ collect postcards from art museums.)

So I’m afraid the only picture I came home from Scotland with is the one above, of me and Big Bir—er, me and Mr. Allan Scott-Douglas (the voice of Jamie Fraser on the outlanderthemusical CD), who very graciously came to have a drink with me and sign a bunch of CD’s. (NO, I have _not_ just made some scandalous remark that caused Mr. Scott-Douglas to blush—would I do that? He’s just got a ferocious sunburn from outdoor rehearsals for his next show, “King Arthur”, which is being performed at Craigcrook Castle near Edinburgh, later this month. See here for details.)

[As an afterthought, it seemed only fair to show you a photo of Allan _in_ character, though he's no less charming as himself.]

Oh—before I forget, there’s a brand-new video of the song-snips from Outlander: The Musical, here! (And many, many thanks to the talented Michelle Moore, who made it!)