Jamie and Claire in Aberdeen this Saturday! 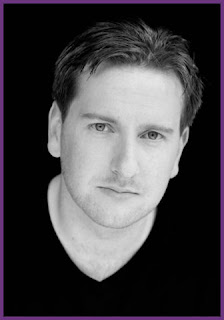 Edinburgh born actor and singer, Allan Scott-Douglas has worked extensively in various musical and theatrical productions all over the UK since graduating with distinction from drama school in 2006.

In 2009, he had the distinct honour of being cast as ‘Scotland’s favourite son’, poet Robert Burns in ‘Ae Fond Kiss: The Life and Loves of Robert Burns’ for which he received critical acclaim. This included recording his first ever ‘Original Cast Recording CD’ which has been useful experience for his work on ‘Outlander – The Musical’.

He has also recently been involved in a modern day re-telling of the legend of King Arthur, playing the Macchiavelian war monger Sir Breunor. The play had it’s World Premiere in 2009 at the Edinburgh Fringe and is currently being re-rehearsed for an open air run in a castle in September. It is then likely to be touring all over the UK in 2011.

Allan is absolutely delighted to have joined the Outlander universe and hopes he can live up to the expectations and fluttering hearts that Jamie’s words have set over the years — if all else fails, he is at least a 6’4″ redhead who regularly wears a kilt and whose nose is slightly too long…so at least he’s got that part of Jamie covered!

(sorry, no picture available yet!)

Sue started on stage at the grand old age of 16 with Dundee Operatic Society (DOS) with whom she has played many principal roles over the years such as Nancy in ‘Oliver’, Minnie-Fay in ‘Show Boat’, Adelaide. in ‘Guys & Dolls’ and Millie in ‘Thoroughly Modern Millie’. Sue has also had the privilege of working alongside playwright Mike Gibb playing the part of Grace on four occasions during 2005 – 2007 in theatres across Scotland in his musical play ‘Five Pound & Twa Bairns’ and Barbara in ‘Sunday Morning on Dundee Law’ which Kevin Walsh wrote the music for. She has also been in the ‘The Steamie’ playing Doreen in 2002 and again in 2004. Sue has recently enjoyed playing the ‘mad’ role of Helen for the second time, working with the cast of ‘The Berries – Twa an’ a Half Pence a Pund’, written by her husband Dundee author, poet and playwright Gary Robertson.

July 31st—that’s THIS Saturday!—is “Tartan Day” in Aberdeen. Which would naturally be cause for great excitement on its own [g]. However…

This Saturday is also the Official Launch of OUTLANDER: The Musical, with three live showcase performances of songs from the show. Mike Gibb, lyricist and producer of the show, says:

“The showcases are in the Drum Aisle (where the ancient “Drum of Irvines” were buried) of St Nicholas Kirk in the centre of Aberdeen at 1.00, 2.15 and 3.30 on Saturday. Admission is free. Any Gabaldonians wanting to come should email me (info@hamepages.com) so I can reserve seats. Reckon all will be “sold out” as it is at a Scotsman’s favourite price! Lots of overseas holiday makers over here just now as well and an article going into the local press on Thursday.”

Those of us not fortunate enough to be in Aberdeen this weekend are promised later video of the event, though! If that works out, it’ll be up on the OUTLANDER:The Musical YouTube Channel as soon as possible.